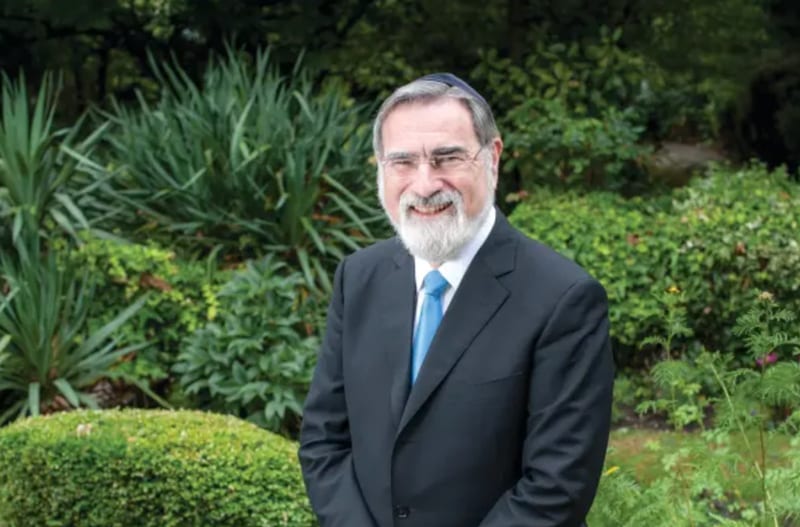 We were deeply saddened to hear of the death of the Chief Rabbi Lord Jonathan Sacks. Here, one of Langdon’s Founders, Simon Olswang remembers him:

I had the privilege of knowing Jonathan Sacks for many years… At the young age of 42, he had recently been appointed Chief Rabbi. I was in the throes of trying to set up Langdon College. It seemed an impossible dream.   Rabbi Sacks set out to be a unifier famously saying “If we cannot pray together we can work together “. As a founder member of a Masorti (Traditional or Conservative in American terms) Synagogue, one not part of the United Synagogue of which Jonathan was Chief Rabbi, I was curious to see if that was true. Which is how some days later Jonny Manson (United Synagogue), Barry Welck (Reform) and I (Masorti) found ourselves in the then offices The Chief Rabbi in Woburn Square, telling Rabbi Sacks of our plans to set up in the Manchester area a Jewish Special Needs College for the 17-21 age group. The College was to be named Langdon College after Margaret Langdon, the social worker who had set up Delamere Forest School in Cheshire, whereas parents Jonny, Barry and I had met. It was to serve the entire Jewish Community, irrespective of the religious affiliation of the families from which it would draw its students. Would the Chief Rabbi become our Patron?

“Delighted” was his immediate answer.

No one could have helped us more. No one could have been more enthusiastic or committed. Guest of honour at College’s opening ceremony,  Rabbi Sacks took his role as Patron incredibly seriously, introducing us to potential donors, his door always open to encourage or provide practical assistance – as with his introduction to the all-powerful Manchester Beth Din who helped us navigate the choppy waters of having sufficient religious observance to satisfy the Orthodox whilst maintaining an environment that was open to and comfortable for all.

Once a year, as Chair of Governors, I would turn up, at 09.30 at the Chief rabbi’s the official Residence in Hamilton Terrace to give my annual report. Formal in the sense that suits were expected, Rabbi Sacks was always immaculate, I would be ushered into the small dining room, four mahogany dining chairs around a round mahogany dining table, coffee tray at the ready. Informal in that Elaine, Jonathan’s wife usually managed to pop in to ask after Susie and our family, at the same time making it clear that this was home as well as Residence.

Over the fifteen years that I served as chair of Langdon College, Jonathan Sacks never missed a meeting. And as we got to know one other better and as our conversation ranged over an enormously wide range of issues I came to realise what an intellectual giant I had happened to attract to Langdon College.